Do you know our Bols Bartending Academy trainers?

Ivar de Lange started bartending in 1996 in the city of Amsterdam. Throughout his university years, he kept on working in the cocktail- and hospitality industry. Educated as a medical psychologist he soon found out that working in the hospital was not his biggest passion and he decided to follow his dreams and open a cocktail bar in 2008.

Both with the bar and as a bartender, Ivar has won many awards, competitions and accolades amongst which Best Bar in the Netherlands, World Class Best Bartender, Top 5 IBA World Cocktail Championships, winner of the Maker's Mark Mixology Sessions and he has been honoured with the Golden Bow Tie award for Best Bartender in the Netherlands by his colleagues from the industry.

Running the education program is not the only thing the Bols Bartending Academy does. Ivar and his team work closely together with the product development team to make sure that each product Lucas Bols releases is designed for bartenders and cocktails.

Next to his work with the Bols company, Ivar is a global consultant for restaurants, bars and high-end hotel groups and designs education programs for these partners. 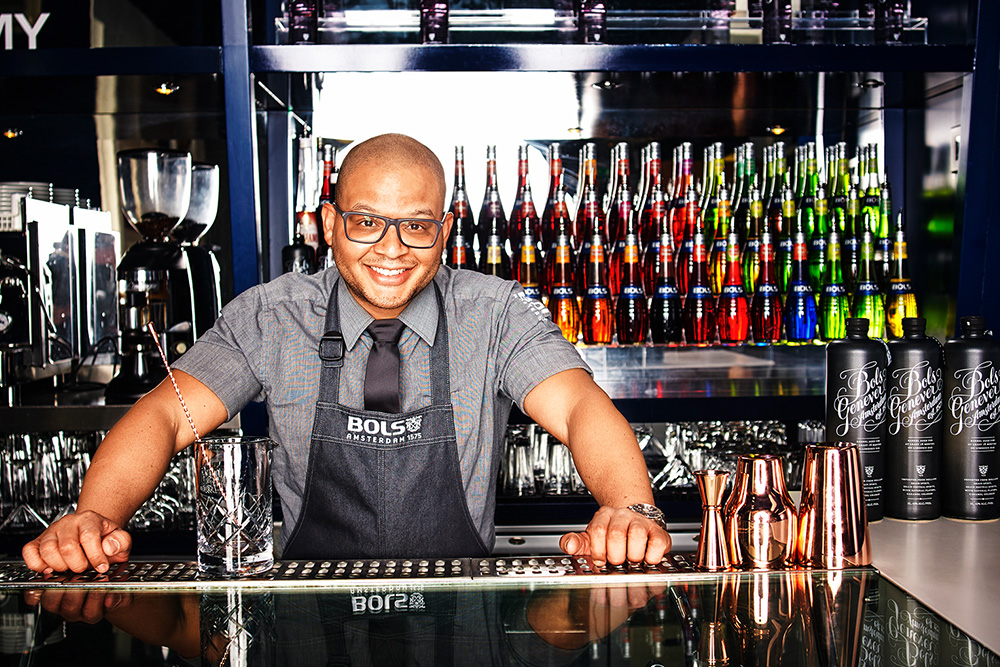 Tyron is an all-around bartender with the right set of skills in bar management, mixology, & flair bartending. With over 15 years of experience as a bartender & bar manager in the hospitality business, he is eager to pass on his acquired knowledge.

Tyron's passion for cocktails and bartending began at an early age in his homeland; the island of Curaçao. In 2003 Tyron moved to the Netherlands. There his interest in bartending was sparked once again when he came across an advertisement for flair bartending. In 2007 he landed a job behind the bar of the renowned Breakaway Café in Rotterdam. Tyron learned all aspects of bartending, mixology and flair bartending and developed his skills in different positions within the company.

Tyron climbed up the ladder and became one of the bar managers of the establishment. He has participated in several flair- and cocktail competitions. Tyron loves to share his passion for cocktails and bartending and is dedicated to take the hospitality industry to a higher level. After seven years at the Breakaway Café it was time for a new challenge and the next step in his bartending career. Tyron joined the Bols Bartending Academy team as one of the trainers in 2014 where he shares his enthusiasm, knowledge and passion for the industry.

Want to follow a course with our highly knowledgeable trainers? Go to Bols Bartending Academy and book a course in Amsterdam or check out our Online Bartending Course!