There is a big chance you haven’t experienced the 70’s or 80’s. When you hear the songs, watch the movies and read about the sport hero’s from that period it might not ring a bell , but your parents will know all about them. When you hear the names of the popular cocktails from that period, it might be different in some cases though. Drinks like the Harvey Wallbanger, Blue Hawaii, Sex on the Beach and the notorious slow comfortable screw against the wall are still well known drinks that appear on many cocktail menus around the world. If you look at most of the lists with popular cocktails nowadays, you will find the Sex on the Beach in many top 10’s.

Take a holiday to a popular beach destination and these are the drinks you will see on the menu. And rightly so, they are sweet and indulging, have exotic names, are well known drinks for the guests and often not too difficult to make. These drinks have stood the test of time. What makes these drinks so special that we still find them on so many cocktail menus and not drinks like let’s say the last word, monkey gland and blood and sand?

The end of the roaring 60's

Let’s first look at the period these drinks were first made and rose to popularity. The 70’s started with the end of the roaring 60’s where social and political awareness grew, youth started to rebel against the establishment and started to explore there sexual, cultural and political boundaries to establish new standards. Popular music and fashion became more and more outspoken and through music and fashion people communicated their political and social views. It is also in the 60’s that the first single bar opens. TGI Fridays is the famous establishment that opened in 1965 and was really the first bar to focus on single people meeting each other and having a good time. This asked for a new style of drinks, with which people could show their personality and set them apart from the, in their eyes, boring establishment.

This sexual revolution and expression of the personality was communicated in the name and the style of drinks served in the 60’s and this style was continued in the 70’s. In those early days of the 70’s it was more the style of drinks that the name that communicated the cultural revolution of that area. The drinks became more sweet, more juices were used and vodka became more and more popular. Drinks like the pina colada, Harvey wallbanger, blue Hawaii, slow screw and the tequila sunrise really made the 70’s. Some of these drinks were invented in an earlier era, like the pina colada and the blue Hawaii, but rose to popularity in the 70’s.

In the 80’s the sexual inuendo really takes over. These are the years of economical prosperity, neon lights, disco, sex, drugs & rock ‘n roll. Young people go out, wear more colorful and extravagant clothes and in the disco partying, dancing and drinking is very much linked to flirting and sexual tension. This is directly translated in drinks like the latin lover, sex on the beach, fuzzy navel, slippery nipple, one night stand and the orgasm (or even the screaming orgasm). These mainly vodka based drinks and shots really paint a picture of the 80’s. Talking about pictures, if you really want to understand the 80’s disco-, bar-, and drink culture, the 1988 movie cocktail is a must see. This will tell you all you need to know about that era and what we call ‘disco drinks’. Pay extra attention to the ‘Last Bartenders Poem’. This almost mythical poem sums up many of the infamous 80’s cocktails.

All right, so now we understand the time frame and the birth of these cocktails. We can place them in the right reference and understand why they were so popular in those eras. The question why these drinks are still popular nowadays is a more difficult one to answer. And to be frank, we can only give our assumptions here, unfortunately there is no science to back it up.

One possibility is that many of the guests in the more luxury beach resorts or the all-inclusive beach resorts, grew up in the 70’s and 80’s. It is these cocktails that they use as their benchmark for drinks, and the familiar names make them order them. It is well known that familiarity on a menu is often a reason to order a certain dish or drink. When you are currently in your forties or fifties and you are in a beautiful resort in a beautiful bar and you see a blue Hawaii on the menu, that’s what you recognize and will order. 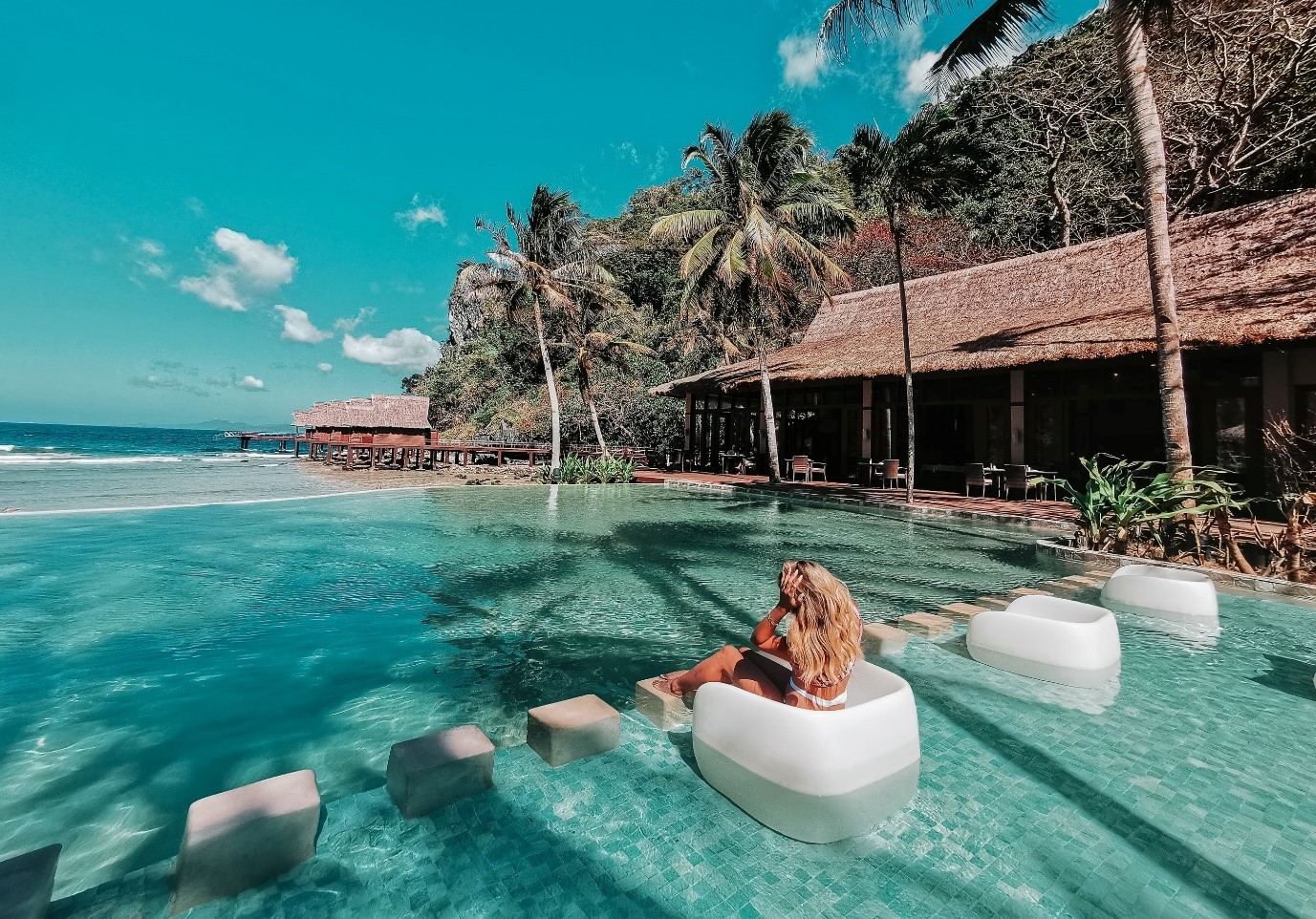 Another explanation could be the esthetics and colors that appeal to the guests. In the 70’s and 80’s, juices and liqueurs were widely used in cocktails and those colorful drinks, especially the blue ones, really give that holiday and beach vibe. It is for that reason that the color of Bols Blue mimics the color of the blue sea that you so often see in holiday brochures and pictures. Add to that the cocktail umbrella that flourished in the 70’s and 80’s and there you have your ideal holiday cocktail. A great appealing and recognizable name, the right color, garnish and glassware and you have the ideal recipe for success.