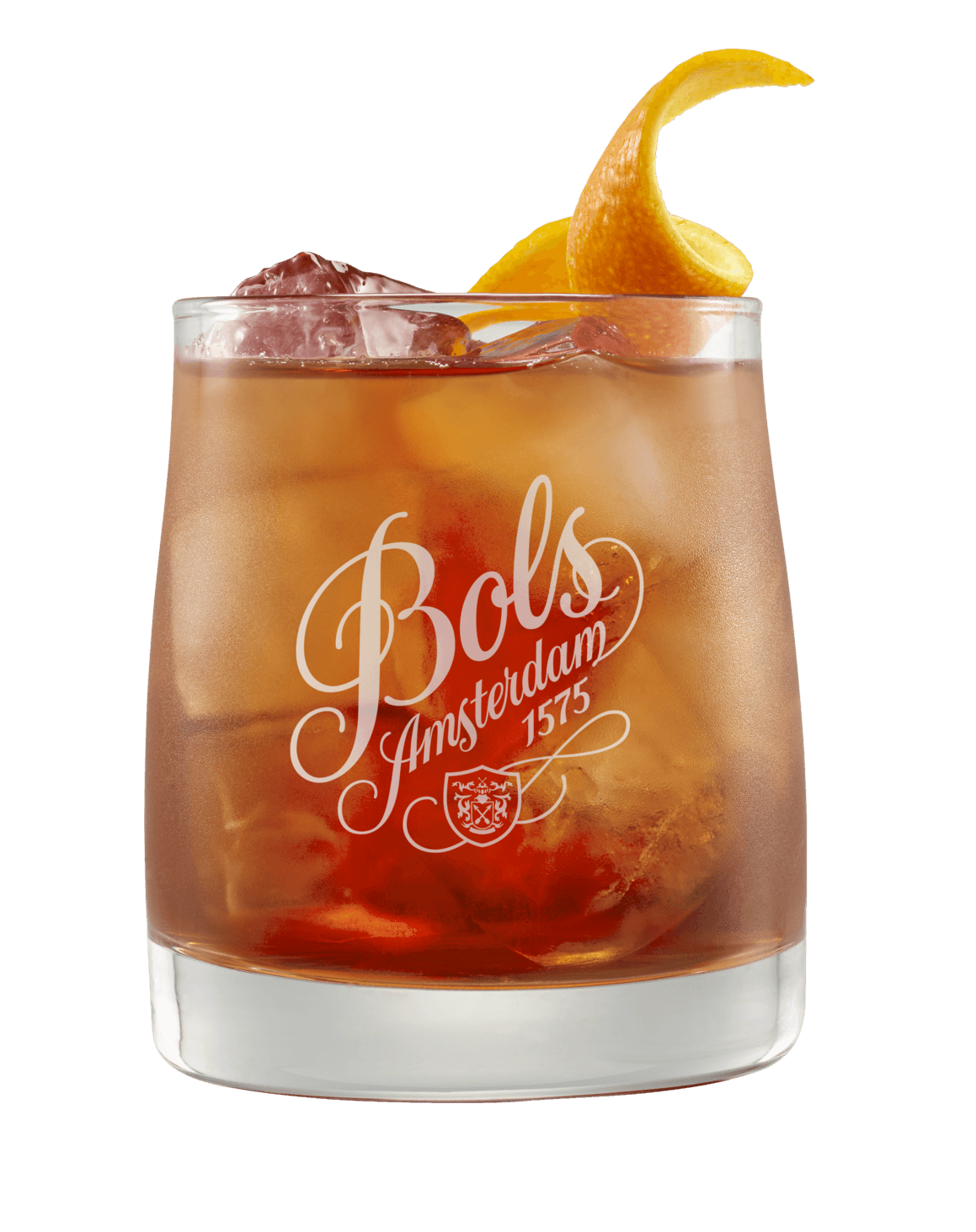 unlocking
the original
spirit     of
amsterdam

Pour all the ingredients into a rocks glass. Add around four ice cubes. Stir it for 10 seconds and then fill the glass with ice cubes. Stir for another 20 seconds. If necessary, add more ice cubes until the glass is full, garnish and perfume the cocktail with orange zest.

One of the most famous, notorious, loved cocktail recipes in the world. A balance of the right herbal and intense cocktail ingredients makes the perfect Aged Old Fashioned. The classic Old Fashioned is a cocktail of bourbon whiskey, sugar (cube or syrup), bitters and ice cubes. But the Old Fashioned has become a category of cocktails in its own right with many differed aged spirits now used as the base spirit. These spirits range from a Barrel Aged Genever that has a similar malty taste to bourbon to an Añejo tequila or aged rum.

The Old Fashioned's composition puts the base spirit in the spotlight and strengthens the flavour of the spirit by gradually stirring it with bitters, sugar and ice cubes until all the ingredients are perfectly mixed. Strong but not too strong, slightly sweet, somewhat bitter, and nice and cold. Aromatic thanks to the base spirit, the bitters and through perfuming with orange zest.

The original Old Fashioned was created in Kentucky, USA and was made with the local bourbon. The most common theory regarding its invention is that it was first created at the Pendennis Club in Louisville in 1881. The cocktail was supposedly a homage to Colonel James E. Pepper a bourbon distiller who then went on to promote the Old Fashioned in New York. The American show Mad Men, set in the 1960s, helped to bring the Old Fashioned back into vogue. As a favourite cocktail of Don Draper, it became a symbol of masculine coolness.