Mr. Piet van Leijenhorst, Master Distiller at Lucas Bols is an expert when it comes to the traditional Dutch spirit Genever. He has many years of experience, crafting delicious liquid gold. If there's anyone who could tell us everything about this mysterious spirit, it would be him.

Genever is a perfectly balanced liquid and a category on its own. If you would place it anywhere, it would be the missing link between gin and whisk(e)y. Genever is a spirit made from multiple ingredients. The main ingredient of Genever is malt spirit. A distillate made from grains.

Bols Genever uses a carefully selected blend of grains comprised of wheat, rye & corn. The malt spirit is then infused with juniper berries and re-distilled multiple times. The combination of malt spirit and juniper berries creates a subtle & delicate pine aroma with undertones of musk and malt.

You can see now why we call it the missing link between whisk(e)y and gin, it shares ingredients both spirits.

2. Is there only one type of Genever?

I have been fortunate enough to be in the position of crafting & creating many types and styles of Genever. Genever can be classified into three categories:

• Young Genever contains a lower amount of malt spirit & more neutral alcohol. 14,9% of malt spirit is the max for young genever. A smooth and suiting Genever, perfect for cocktails.

• Old Genever which contains a larger volume of malt spirit (from 15% up to 99%), giving it a rich body and more complexity

• And finally, aged Genever. These are the Genevers that have spent time aging in oak barrels. 3. What is the real connection between Genever & gin, besides some similar ingredients?

The connection between Genever & gin lies in their history. The Dutch and the English were fighting side by side during the thirty-year war at the beginning of the 17th century. The English noticed that the Dutch soldier consumed large quantities of Genever. It gave them the courage to go to war with their foes. That's where "Dutch Courage" comes from. In the 17th Century, through marriage, King William of Orange the third became king of England and introduced Genever.

It didn't take long for the English to try and recreate the spirit, which resulted in being a spirit related to Genever, but not the real deal. Even though they might share some similar ingredients, gin does not deliver the complexity Genever has, because of the missing key ingredient malt spirit.

4. Why bring back an old spirit?

In 2006 David Wondrich wrote Imbibe, a book about the first cocktail book ever written by Jerry Thomas. This book shook the modern bartending world. It mentioned that one out of every four cocktail recipes contained Genever as an ingredient. After reading it, bartenders tried to find Genever. They couldn't easily find it, because at the time it was only being sold in the Netherlands and Belgium.

Bols launched the Original Genever in 2007, a Genever based on a recipe from the year 1820. The type of Genever that was being used in Jerry Thomas's book. Genever was a preferred spirit in cocktails back then, so why not bring it back and continue writing history? 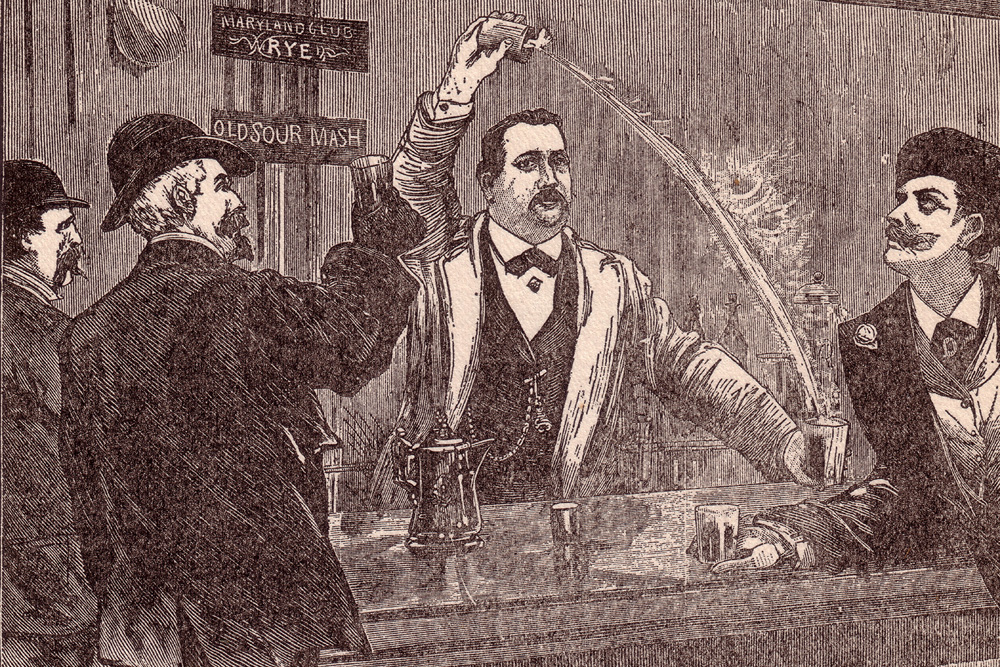 5. How does one drink Genever?

As previously mentioned, Genever was a preferred spirit in cocktails in the early cocktail days. Old Genever goes well in classic-style cocktails. This style suits cocktails with amaro, bitters & vermouth well, because of its complexity and a high percentage of malt spirit. The Red Light Negroni is a great example.

Young Genever contains no more than 15% of malt spirit. A great spirit to be used in fruity cocktails. Its subtleness lends the cocktail a little hint of malt, without overpowering the drink.

And let's not forget how I like drinking aged Genever, straight up! Proost!

Want to learn more about Genever or any other spirit? The Advanced Bartending course is best suited for you!